Happy {random} Wednesday! Every time I post a picture of my mantel, I get at least one person who asks the question, “What is behind the shutters on your Mantel?” Well, that is a good question. Those shutters weren’t always there….. 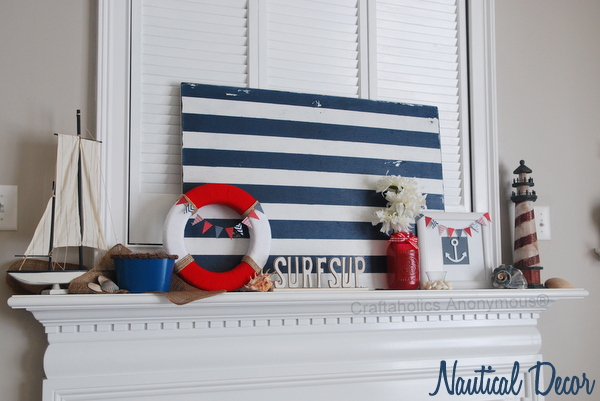 Some people think there’s a window and others think its a wall. One person guessed that the shutters were decorative only. 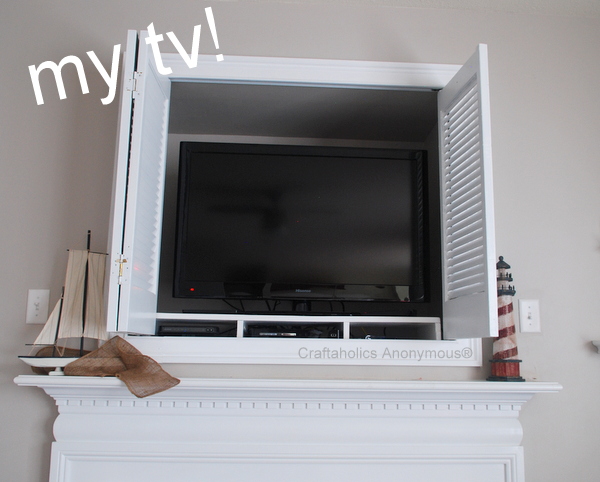 Yep, just my boring tv! I have put off posting this because I felt silly that it was such a lame answer, but it is kind of funny that my mysterious white shutters were only concealing our tv.

When we moved in, there was just a big hole in the wall for the tv. Davis added trim, shutters, and a small organizer. 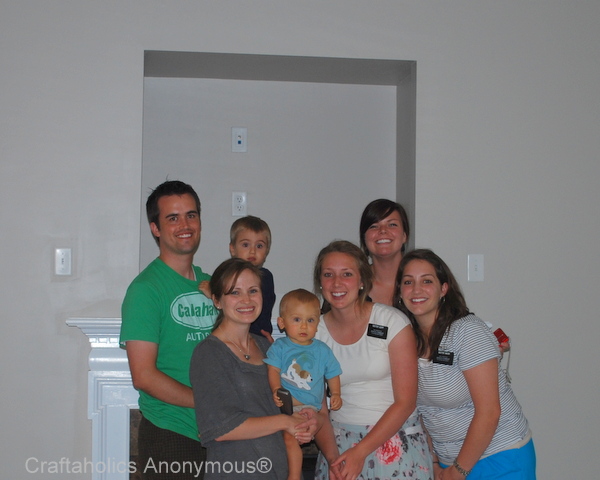 This was the only before picture of the tv I could find. This picture was taken right after we moved in last summer when we had our church missionaries over for dinner.

I found these shutters at the Habitat for Humanity’s Restore for like $10…. 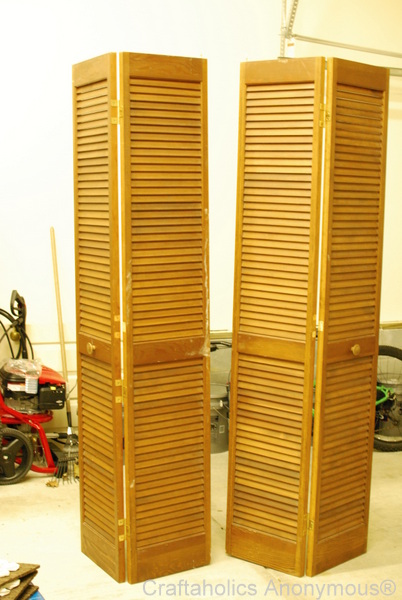 And Davis cut them down to the size we needed for the tv hole, installed a track in the hole so that shutters could slide open and shut, and then painted the shutters white.

This is what it looks like today thanks to Davis’s hard work!

Davis designed a platform/organizer out of wood for the tv to sit on. So it is all very organized and looks great!

I think the “TV Hole Makeover” turned out awesome! The literal hole in the wall was such an eye sore and I hate when I walk into the room and the focal point is the tv. So I like to conceal or hide our tv as much as possible. But having our tv behind our mantel is a bit of a paint because I have to take down my mantel decor each time we watch tv. So that’s kind of obnoxious. But it looks good :)

So, who guessed what was behind the shutters correctly? Did you like Random Wednesday?

PS want to see more of my Nautical themed mantelscape?