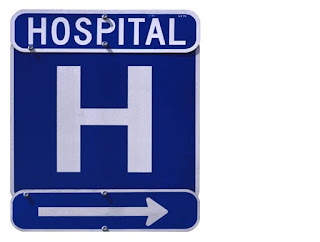 I’m a youth leader of an energetic bunch of girls at church ages 8-11 and twice a month we have an activity. Well, our last activity was a Doll Hospital. Let me tell ya, it was a huge HIT! The girls really got into it and had a blast. It was a fun service project, which can be hard for girls that age.
What we did was we cleaned the dolls in our church’s nursery. Each girl was responsible for at least one doll to clean and care for. We had different stations: Laundromat, Body Scrub, and Hair Salon. To start, each girl removed the doll’s clothes and placed them in Laundromat (a Laundry basket that one of the leaders took home later and washed.)
Next, the girls did a Body Scrub. We had a thick paste of baking soda and water. The girls used damp rags to lightly scrub the dolls from head to toe (unless they were cloth). We tried using Mark B Gone and some other products to remove marker and ink marks, but didn’t have much luck.
For the Hair Salon station, we had combs, baby soap, and fabric softener. Most dolls the girls were able to soap up the hair and combed out fairly easily. But there was one in particular that I decided to tackle that had a serious bird’s nest in place of hair. It was BAD. I soaked it in almost straight fabric softener for 10 minutes and then carefully combed through the hair. The fabric softener worked wonders!
After the girls were all done with the dolls, we helped them sanitize and organize all the other toys in the nursery. Like I said, the girls really got into this activity and were the best little scrubbers ever. They were asking what else they could clean and we kept thinking of new things. (umm, yeah, we were begging them to come to our homes and clean! lol)